I don’t believe there is a “right way” or a “single definitions” to what Fallen London is. It is a browser game, but it’s not your average browser game. It’s a role-playing game, but nothing you’ve seen before.

For me, Fallen London is the best browser, role-playing game with multiplayer interactions and a story that will have you hooked. The game has no visual effects or fancy game mechanics. It is driven by a complex and well designed story that wraps you in a bizarre and mysterious world, where some thing may be familiar and other will cause you nightmares. Some game actions happen as time passes and this only builds up the role-playing element of the game.

The game’s action takes place in London, simple right? Well not exactly. In the year 1862 London was stolen by bats, and brought down inside the earth within what is called The Neath, an underground world, mainly composed of a sea called the Unterzee and some continents, some islands and Hell of course. Did I not mention London is now a stick’s throw away from the gates of Hell itself.

There are plenty of strange things to grab your attention. And plenty of mysteries to be solved? Or riches to be made? Or maybe you just want to express your creative side? Or just become the toughest thing in The Neath? The game gives you four main paths to take: Persuasive, Watchful, Shadowy and Dangerous, with some mixed ambitions along the way.

The game has a Victorian and Lovecraftian vibe to it with some very subtle elements from other genres/themes.

Without going into too much detail and spoiling the fun of discovering things yourself, I’ll try and explain how the game works. The game gives you a number of maximum actions (20 on the free plan, 40 for the paid plan). You gain 1 action every 10 minutes. 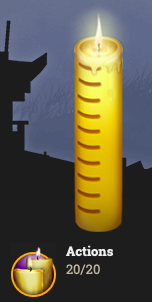 With these actions you can make decisions in different stories, encounters, conversations, etc. Actions make sure you don’t finish the game in a single marathon, and makes your actions feel more valuable. Some decisions are simple and straight forward, but other I swear, I spent way too much time thinking about them (Some actions are possible only once and may drastically change the game or future possibilities so watch out). 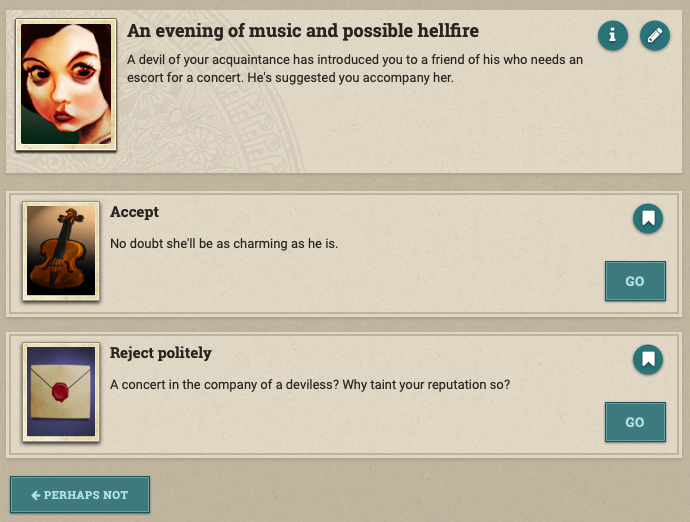 When London fell, there were some building and districts down in The Neath before it. One especially remarkable zone is The Bazaar, a most peculiar place where all sorts of oddities are sold. The owners of The Bazaar are some mysterious hooded … entities? … called The Masters. The main currency in the world of Fallen London is the Echo, 100 pennies = 1 Echo.

Echoes are hard to come by at the start of the game but become much easier to obtain mid-game where you can easily obtain some valuable items.

This brings us to the large number of categories and items that you’ll encounter in the game. 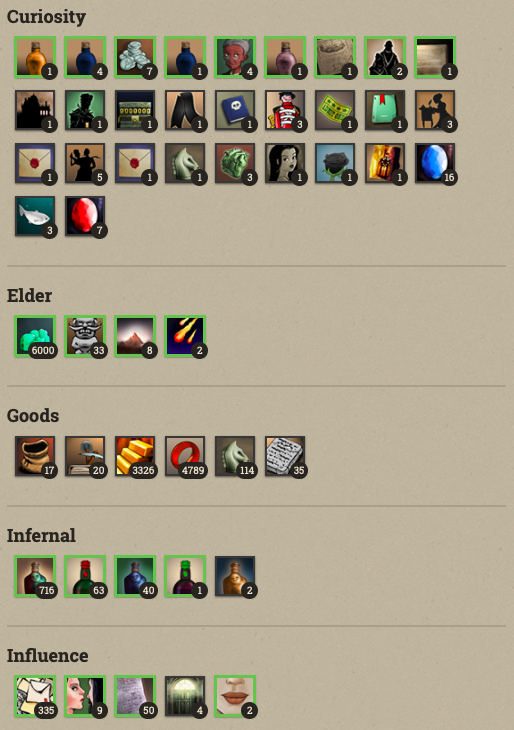 In this image you can see just a very small portion what the game has in store for you. I always found the items to be just as important as the stories as they carry some meaning. For example I feel good owning a little stash of diamonds in case I need a boost to my echos, or whispered secrets to unlock different actions.

When is the last time you owned thousands of souls? Well in Fallen London you can.

Some items are wearables or companies that will help you increase/lower your stats and menaces. Some equipment will play a key role in different stories and could unlock special decisions for you to make 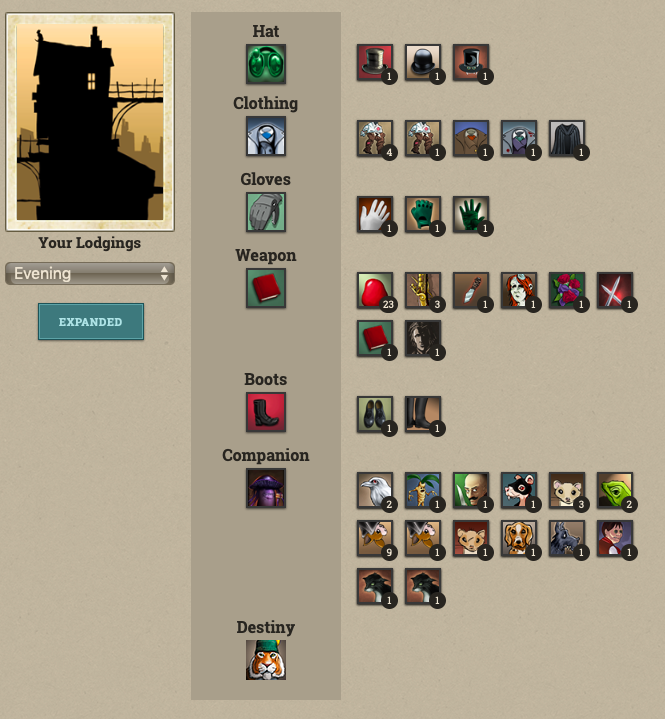 Another interesting aspect of the world are all the factions and the relations between them. You can side with the infernal Brass Embassy and the devils, or side with Urchins from the rooftops of The Flit? Who knows where your decisions will lead you, but the faction element of the game is always there to take things another level up.

Favours and connections to different factions will unlock new paths for you and possibly lock others, or maybe you can play all sides, only one way to find out.

Play it or read more

The game world is very big, complex and full of lore, it would be impossible for me to cover the essence of such a good and unique game, so hopefully I was able to convince you to play it.

If you want to read about more about the game you can do it on the landing page or you can sign-up and dive right into the game.